This app by Andre Wang and Mijke Rhemtulla makes it easy to compute power for SEMs by simulation. Includes options for easily estimating power to detect particular associations between latent variables. 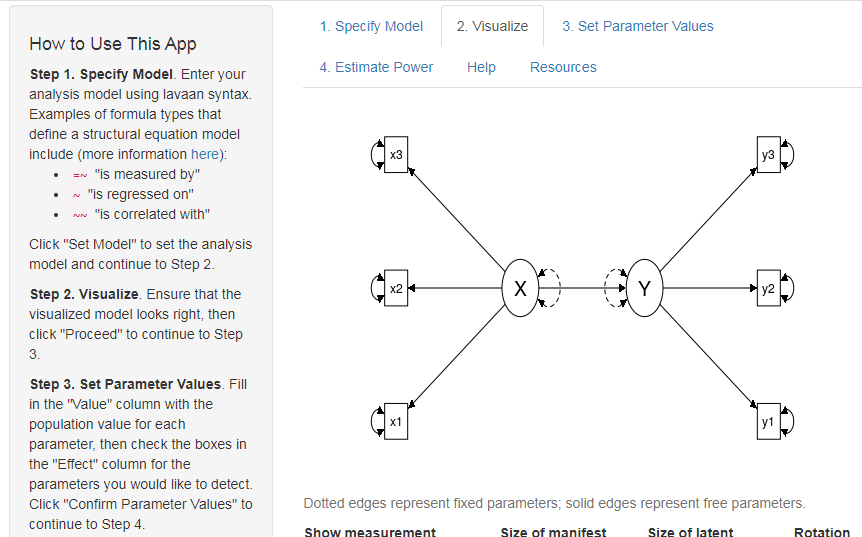 “Models of data have a deep inﬂuence on the kinds of theorising that researchers do. A structural equation model with latent variables named Shifting, Updating, and Inhibition (Miyake et al. 2000) might suggest a view of the mind as inter-connected Gaussian distributed variables. These statistical constructs are driven by correlations between variables, rather than by the underlying cognitive processes […]. Davelaar and Cooper (2010) argued, using a more cognitive-process-based mathematical model of the Stop Signal task and the Stroop task, that the inhibition part of the statistical model does not actually model inhibition, but rather models the strength of the pre-potent response channel. Returning to the older example introduced earlier of g (Spearman 1904), although the scores from a variety of tasks are positively correlated, this need not imply that the correlations are generated by a single cognitive (or social, or genetic, or whatever) process. The dynamical model proposed by van der Mass et al. (2006) shows that correlations can emerge due to mutually beneﬁcial interactions between quite distinct processes.”

From an Appendix to An R and S-PLUS Companion to Applied Regression:

“A cynical view of SEMs is that their popularity in the social sciences reflects the legitimacy that the models appear to lend to causal interpretation of observational data, when in fact such interpretation is no less problematic than for other kinds of regression models applied to observational data. A more charitable interpretation is that SEMs are close to the kind of informal thinking about causal relationships that is common in social-science theorizing, and that, therefore, these models facilitate translating such theories into data analysis.”