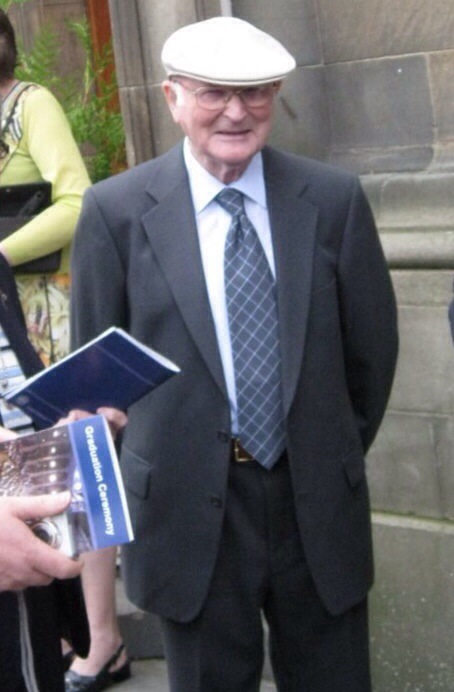 One of my mentors when I was at Queen’s University Belfast (1999-2002) passed away last year.  Below, an obituary in the Derry Sentinel.

DR Jonathan G Campbell who died on July 25th 2010 will be remembered by all who knew him for his dedication to his work and students, his generous nature and his love of keeping active and fit.

Jonathan was born in 1949 and grew up on the family farm in Castletown, St Johnston, Co. Donegal attending Castletown National School. Following the death of his father, Jonathan boarded at the Masonic school in Dublin from the age of 10 after which he went on to Trinity College Dublin to study electronic engineering.

His first job was with the Digital Equipment Company in Galway in 1973. After Galway he went into the research department of Plessey BAE Systems an electronic company in Havant in the South of England. After 7 years he came back to Ireland to An Foras Forbartha in Dublin working on a project making maps from satellite images. He then worked for 9 years in Malahide for a technology company Captec doing consultancy work for the European Space Agency on satellite calibration.

In 1989 he got an academic job with the University of Ulster on the Magee campus in Derry as a lecturer in the Department of Informatics. While there he studied to gain a doctorate. He then moved to the Computer Science department at Queen’s University Belfast. In 2001 he came back to Donegal to lecture in the Computing Department in Letterkenny Institute of Technology teaching computer games and programming. He also did research into pattern recognition and machine learning and supervised PhD students.

Some of Jonathan’s proudest moments were in cricket and athletics. He ran many marathons and cross country events and won some national medals with Raheny Shamrocks and later with the Finn Valley Club. In later years he also took up cycling and most mornings before work went out for a run or cycle in all weathers. He also loved hill walking especially in Connemara. He was an ardent follower of St Johnston cricket team and looked forward to the season starting each summer rarely missing a match.

During his illness he received excellent care from the Sperrin Ward in Altnagelvin Hospital and Culmore Manor Care home. His funeral was held in St Johnston Presbyterian church with a huge turnout out of friends, colleagues, sporting associates and students past and present.

Jonathan will be greatly missed by his sister Jane Bryce, brother in law David, nephews William and Jonathan and niece Sarah.