The best part of Nick Cave’s critique of ChatGPT is, IMHO, the following:

“Songs arise out of suffering, by which I mean they are predicated upon the complex, internal human struggle of creation and, well, as far as I know, algorithms don’t feel.”

“Writing a good song is not mimicry, or replication, or pastiche, it is the opposite. It is an act of self-murder that destroys all one has strived to produce in the past.”

This one-liner by @darraghmckay worked, using the Google Chrome console and WhatsApp on a Windows laptop. I used R to replace the “\n”s with line breaks: just a call to cat. Then copy-pasted the resulting list of links into a new (3.5 hour) Spotify playlist.

Flutes – What Is Love

Just found the Greenwood function, “that describes the relationship between the frequency of a pure tone and the position of the hair cells measured as the fraction of the total length of the cochlear spiral in which it resides” – pretty cool.

R code to make the picture below: 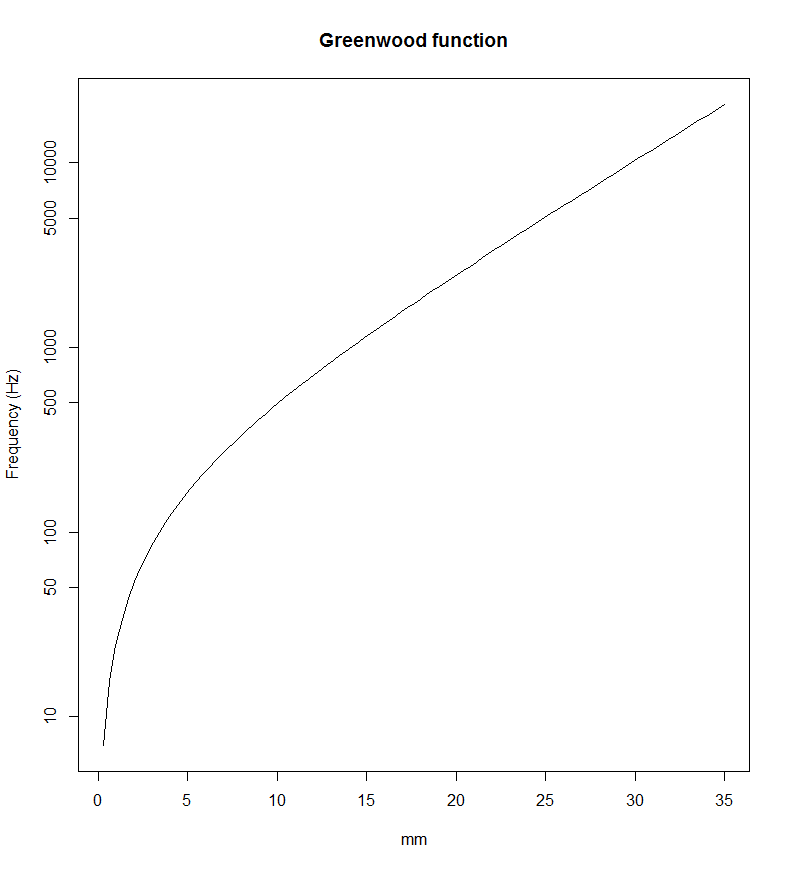 In quite possibly the coolest ever application of the Doppler effect, Kaća Bradonjić has shown what velocity you ought to move in to hear, e.g., a major (triad) chord as a minor chord and vice versa, if the three notes are played from three different locations. 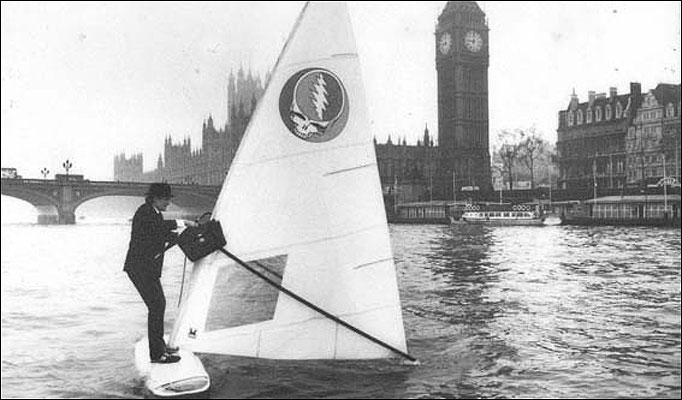 Look out of any window
Any morning, any evening, any day
Maybe the sun is shining
Birds are winging, no rain is falling from a heavy sky
What do you want me to do
To do for you to see you through?
For this is all a dream we dreamed one afternoon long ago

Walk out of any doorway
Feel your way like the day before
Maybe you’ll find direction
Around some corner where it’s been waiting to meet you
What do you want me to do
To watch for you while you’re sleeping?
Then please don’t be surprised when you find me dreaming too

Look into any eyes
You find by you; you can see clear to another day
Maybe been seen before
Through other eyes on other days while going home
What do you want me to do
To do for you to see you through?
It’s all a dream we dreamed one afternoon long ago

Walk into splintered sunlight
Inch your way through dead dreams to another land
Maybe you’re tired and broken
Your tongue is twisted with words half spoken and thoughts unclear
What do you want me to do
To do for you, to see you through?
A box of rain will ease the pain and love will see you through

Just a box of rain, wind and water
Believe it if you need it, if you don’t just pass it on
Sun and shower, wind and rain
In and out the window like a moth before a flame

Sónar was ace. Some people I’ll probably look out for (or avoid…):

A lovely vocalist in the Red Bull room. No idea who she is. She used one of those delay loop pedal thingies to sing with herself.

Les Anciens: experimental baldy blokes with very tight and clever percussion, bass, random sounding, jazzy but not with the right kind of chords to be jazz if you get what I mean.

FM3 with the Buddha machine: BIZARRE wee machines each of which plays 9 loops. There’s a button on the side to decide which loop plays. The performance looked like two people playing a game, moving the machines around, stacking them, knocking them over, sounds picked up with microphones. Looked impressive but we couldn’t really hear what was going on!

FM3 feat. Blixa Bargeld: WEIRD. Yer man from Einstürzende Neubauten. Lots of delay-loop pedal madness with instrument after instrument fed into it all. Blixa’s voice was put through some kind of scary harmonising layered thing which made him sound like Satan.

Burbuja: PERFECTION. One of my favorite acts from Sónar. (I wish I’d seen Night of the Brain as well—also featured Merche Blasco and Cristian Vogel.) Here, have a listen to Roped.

Beastie Boys: after the initial “WOO it’s the Beastie Boys!” effect had worn off I just thought, whatever :-). Nothing particularly memorable happened.

Black Affair: vocals, drum machine and sequencer, and bass. Dull to watch but sounded like a male-led Ladytron.

Clark: looked like the drummer fell out with the electronic dude at one point. Looked boring but sounded KINDA COOL. Big fat electronica with huge drumming.

Richie Hawtin: bopped away to him for a while! Very serious—wish it had been less gurny!

[Um, some other bands and DJs whose names I’m not quite sure of. I was just kinda wandering around!]

Wolf Eyes: crap, loud, noisy, angry. People with fingers in ears for this, my shorts were flapping with the bass.

Andy Stott: I like his stuff a lot. After Burbuja, though, I really wasn’t impressed by people just nodding behind a laptop—and that’s all he did.

Mira Calix: more nodding. I like her music but visually it was totally boring.

Blackout Concert: this was KINDA FUNKY, down at the Centre d’Art Santa Mónica. Gist: they dumped us all in the basement of an art gallery and turned off everything that makes any noise (water heating, air conditioning, whatever else there is in a building), step-by-step, then the lights, bolted all the doors shut. The silence interrupted only by a bloke issuing orders on a walkie talkie, “Step 1… *tissssst* turn the air conditioning to level… 2 *tissssst*” (presumably—was in Spanish).

Christian Vogel: AMAZING. Up until this bloke’s set I’d decided that techno was no longer worth the misery. Bleepy jerky techno DJ set. The Burbuja crew [I’m not obsessed, honest, I didn’t even mention that I noticed one of the Burbuja dancer people in the Blackout Concert…] were merrily bopping away! Vogel looks a bit like a PhD student trying and failing to explain something mathsy at an undergrad seminar. He sort of stumbled around behind the decks, half-jerking, but still managed to mix seamlessly.

Mogwai: alright, but, MEH!, by this point I was all technoed up so ventured across to another room.

Cursor Miner: AMAZING. I think I like Lo Recordings (also home of The Chap whom I love). “There’s a battle there’s a war / Killing used to be a chore / Now there’s just a switch to flick / Oh so easy oh so quick.” This dude was wearing a ski mask, had flashing lights on his head, wearing a fluroscent vest and Y-fronts. Loved it. Mostly banging trance-techno but I’m sure I heard him sing sonething about philosophical theories of free will.

Altern8: FANTASTIC! They played a DJ set featuring rave classics and the likes of Voodoo Ray, Inner City—hmmm what’s it called—you know that Detroit tune with the vocals.