“Alas”, said the mouse, “the whole world is growing smaller every day. At the beginning it was so big that I was afraid, I kept running and running, and I was glad when I saw walls far away to the right and left, but these long walls have narrowed so quickly that I am in the last chamber already, and there in the corner stands the trap that I am running into.”

“You only need to change your direction,” said the cat, and ate it up.

“Find what you love and let it kill you. Let it drain from you your all. Let it cling onto your back and weigh you down into eventual nothingness. Let it kill you, and let it devour your remains. For all things will kill you, both slowly and fastly, but it’s much better to be killed by a lover.” (Henry Charles Bukowski.) 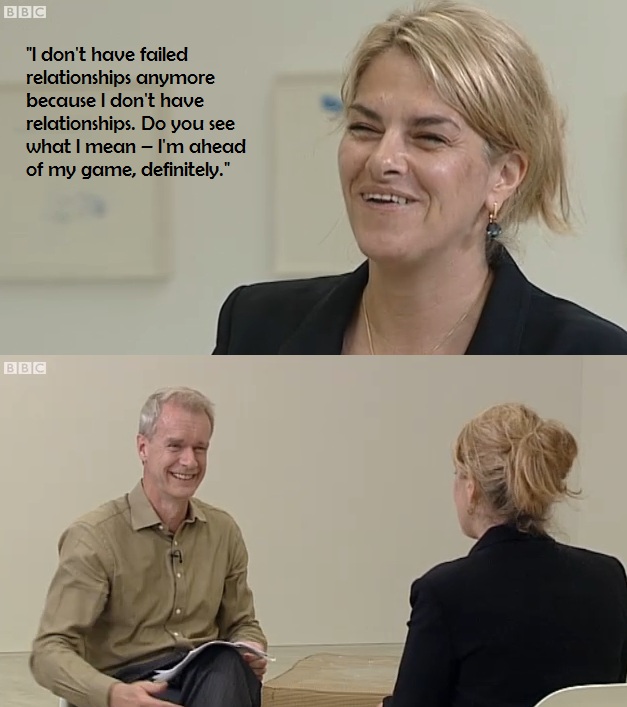 (from an interview with Stephen Sackur)

Just read the (4 Oct 2012) speech about Alan Turing, given by Iain Lobban, Director GCHQ, at the University of Leeds.

Fantastic stuff in there. Here are some excerpts.

On learning to solve problems

“… [Turing] reported to Bletchley Park as agreed and immediately started working with [Dilly] Knox [expert on the Enigma cypher …]. Knox’s influence on Turing at this time is immense. The older veteran cryptanalyst shared everything he knew about Enigma with Turing, who eventually used this knowledge to write the first four chapters of his treatise on Enigma […]

“…[Turing] was happy to learn from Dilly Knox, happy to use that knowledge as the foundation for what he would develop subsequently, and was diligent in recording what he had learned and how he developed that into new areas so that others could profit from his knowledge just as he had profited from that of Knox.”

“There are lots of different ways in which people can work as part of a team.  Turing’s way was to take in other people’s ideas, develop and build on them, and then pass the product on to other people to be the foundation for the next stage.  He took the idea of electromechanical processing of Enigma messages from the Poles but developed their idea into something radically different.  When Welchman later enhanced the Bombe with his diagonal board, Turing was among the first to congratulate him on this major improvement.  Turing was part of the team, and shared in the success of the team.”

“I strongly believe a Sigint agency needs the widest range of skills possible if it is to be successful, and to deny itself talent just because the person with the talent doesn’t conform to a social stereotype is to starve itself of what it needs to thrive.”

“I don’t want to pretend that GCHQ was an organisation with twenty-first century values in the twentieth century, but it was at the most tolerant end of the cultural spectrum.  In an organisation which valued the skills and characteristics that difference can bring, Turing’s homosexuality was less of a talking point than his insights into the complex crypt problems of the day.  When he was put on trial, Hugh Alexander, the Head of Cryptanalysis at GCHQ went, with official approval, to speak as a character witness on his behalf, saying in court that Turing was a national asset.”

“Geoffrey Tandy was posted to Bletchley by the Admiralty in a spirit of helpfulness: his posting officer had understood him to be an expert in cryptograms, a word still used in the Admiralty at that time to mean messages signalled in code.  In fact he was an expert in cryptogams: non-flowering plants like ferns, mosses and seaweeds.  But while this knowledge might not have appeared to be of much use, Tandy became expert in German naval Enigma and because of his work on seaweed was able to provide unique advice on the preservation of cryptologic documents rescued from the sea.”

The role of management

“Part of my job is to continue to foster that atmosphere: to attract the very best people and harness their talents, and not allow preconceptions and stereotypes to stifle innovation and agility.”

A thought about Michael

We dance a while
And sing our song
Then all too quickly
We are gone.

“Proceeding with the belief that in every situation, every individual and group has the possibility of some direct action on some level of generality, we may discover much that has been unrecognised, and the importance of much that has been underrated. So politicalised is our thinking, so focused to the motions of governmental institutions, that the effects of direct efforts to modify one’s environment are unexplored. The habit of direct action is, perhaps, identical with the habit of being a free [person], prepared to live responsibly in a free society.”

“… in what respect does the philosopher, who pursues science in order that he may pass life pleasantly to himself, differ from that drunkard there, who only seeks the immediate gratification that gin affords him? The philosopher has, past all question, chosen his enjoyment more wisely, since it affords him a pleasure far deeper and more lasting than that of the toper. But that is all! Both one and the other have the same selfish end in view, personal gratification.”

(From An Appeal to the Young by Peter Kropotkin)

“[…] respect in yourself the oscillations of feeling. They are your life and your nature […]. Do not abandon yourself altogether either to instinct or to will. Instinct is a siren, will a despot. Be neither the slave of your impulses and sensations of the moment, nor of an abstract and general plan; be open to what life brings from within and without, and welcome the unforeseen; but give to your life unity, and bring the unforeseen within the lines of your plan. Let what is natural in you raise itself to the level of the spiritual, and let the spiritual become once more natural. Thus will your development be harmonious […]”

“[…] what we call “society” proceeds for the moment on the flattering illusory assumption that it is moving in an ethereal atmosphere and breathing the air of the gods. All vehemence, all natural expression, all real suffering, all careless familiarity, or any frank sign of passion, are startling and distasteful in this delicate milieu; they at once destroy the common work, the cloud palace, the magical architectural whole, which has been raised by the general consent and effort.”

From The Big Glass by Josipovici