Here’s an interesting Excel dataset on MPs who left or were removed from the Commons Chamber, compiled by Sarah Priddy of Commons Library.

Dennis Skinner got kicked out in 2005 for saying, “The only thing growing then were the lines of coke in front of boy George [Osborne]…” 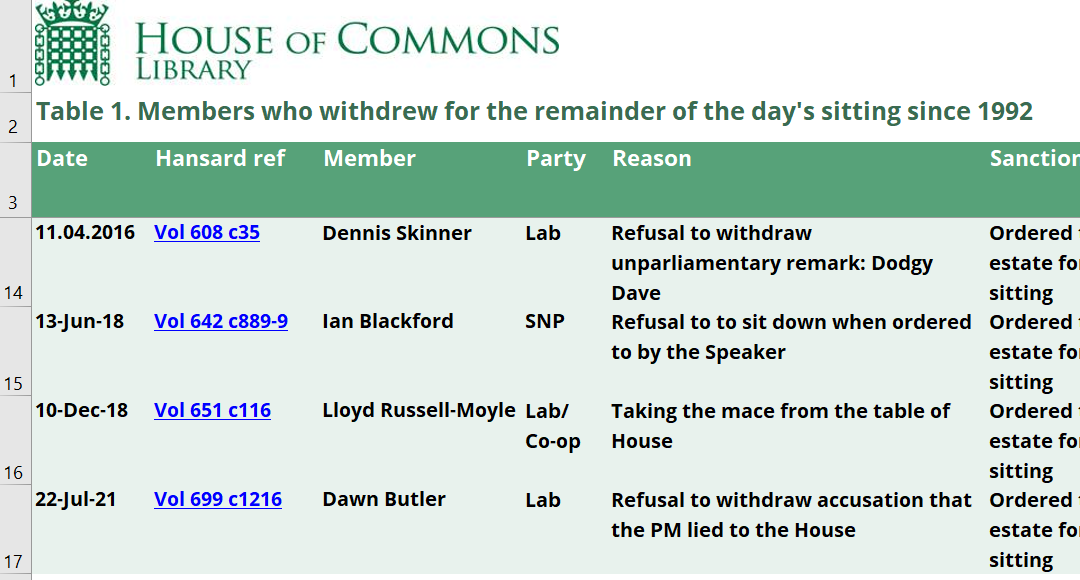