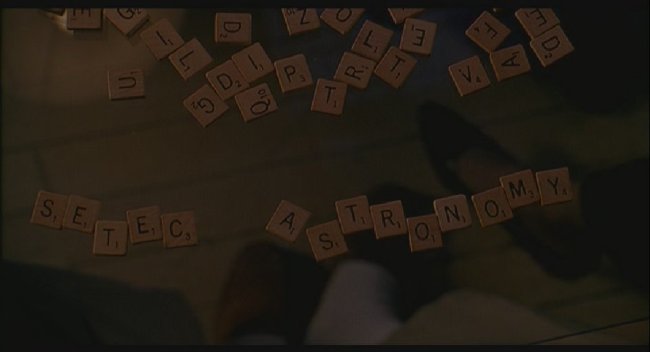 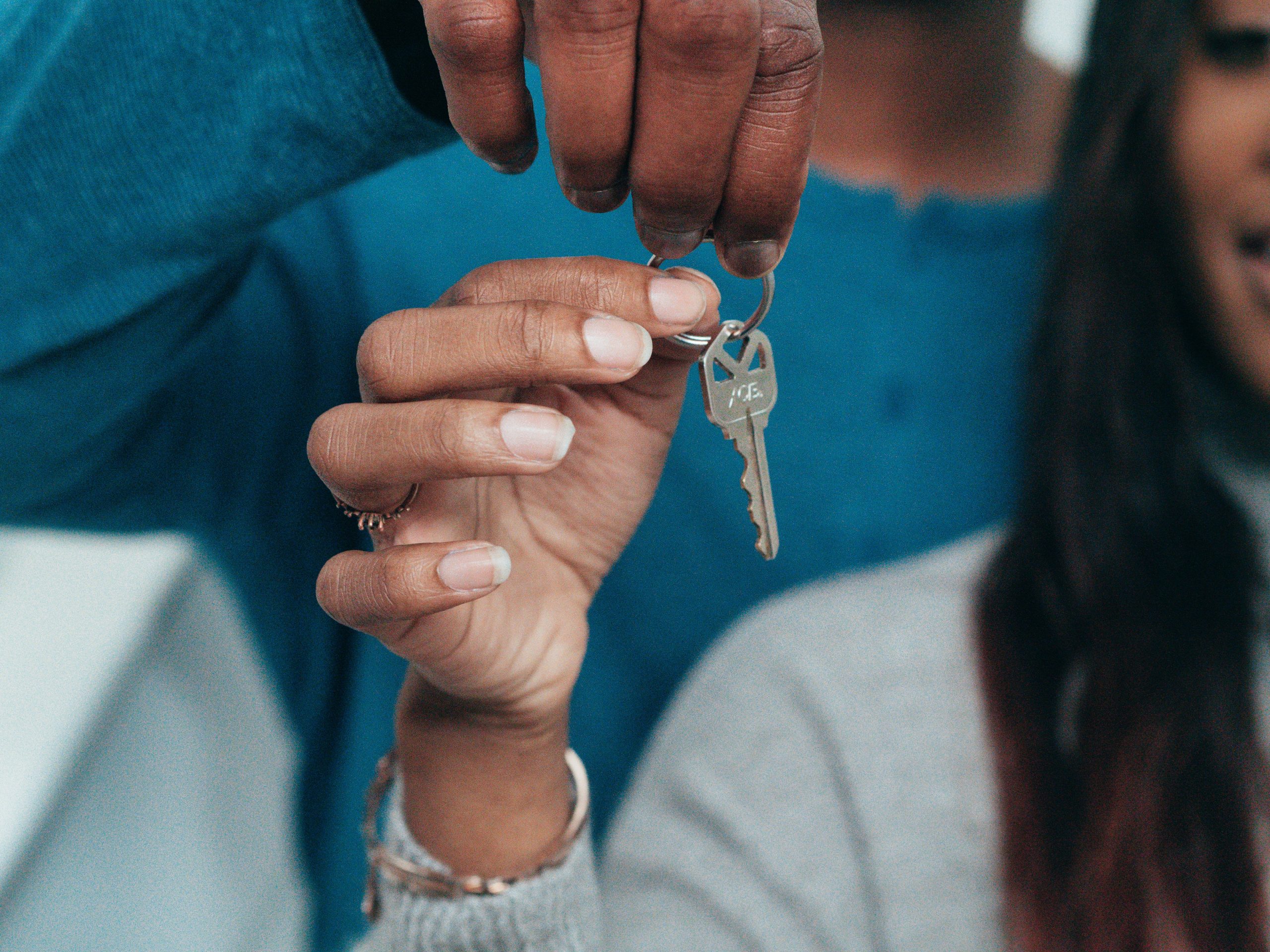 Suppose Alice has a secret message she wants to send to Bob. They have two information channels: a quantum channel (e.g., Bob is able to detect polarised photons sent by Alice from a satellite) and a two-way unsecure classical channel (e.g., unencrypted email). Let’s assume that the message and key are both encoded using binary and the key is a one-time pad. They will eventually XOR message and key to encrypt and decrypt the message.

BB84 (Bennett & Brassard, 1984) is an approach to quantum key distribution that allows Alice to send an encryption key to Bob and for them to verify with a high level of confidence that the key hasn’t been intercepted. Once convinced that the key was sent securely, Alice can use it to encrypt the secret message and send it over the unsecure classical channel. Bob safely decrypts at the other side.

Alice begins by generating a stream of random bits:

Some of these bits will be used for the key.

These will determine which basis Alice uses to send each bit of the key. The figure below (from Mayers, 2001) shows the bases in state space. 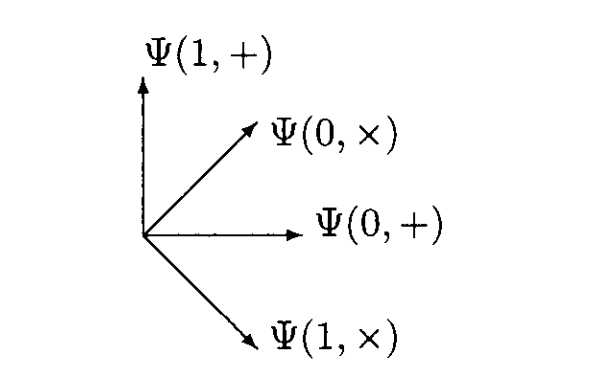 For a photon, the classical basis corresponds to vertical/horizontal polarisation and the Hadamard basis to the diagonal polarisations. Note in this case the state space corresponds nicely with the physical realisation of the qubit; that won’t always be the case, e.g., consider spin up and down states for electrons.

Bob measures them, randomly deciding whether to assume a classical or Hadamard basis – for the latter applying the Hadamard gate before measuring. The possible outcomes in the absence of eavesdropping are as follows:

Bob tells Alice via the unsecure channel the sequence of bases he used. At this point, doing so doesn’t help any eavesdroppers since the qubits have already been measured.

Alice tells Bob which bases were correct, again on the unsecure channel, so Bob can discard measurements for the rest. She also sacrifices a random sample of the key bits by sharing what the right answer is for those. If Eve the eavesdropper intercepted any, then they won’t all have made it to Bob: either they will be missing or Eve will have had to replace them with a random bit.

If Alice and Bob are satisfied that the test qubits made it across okay without being intercepted, then they use the remainder for the key, sending the encrypted message through the unsecure channel.

That’s the gist. The devil’s in the detail, e.g., working out how many bits to send to ensure enough remain after checking for intercepts; how many to sacrifice to check that Eve wasn’t eavesdropping; while taking account of errors in transmission that will mean bits don’t arrive intact but for innocent reasons other than eavesdropping.

The security of BB84 depends on the quality of the implementation. The field of quantum hacking explores a variety of ways to exploit imperfections, e.g., classical side channels that leak information about what was sent, which can be intercepted without interfering with the qubit. Researchers devise clever ways to defend against these attacks. See, e.g., Dixon et al. (2017). 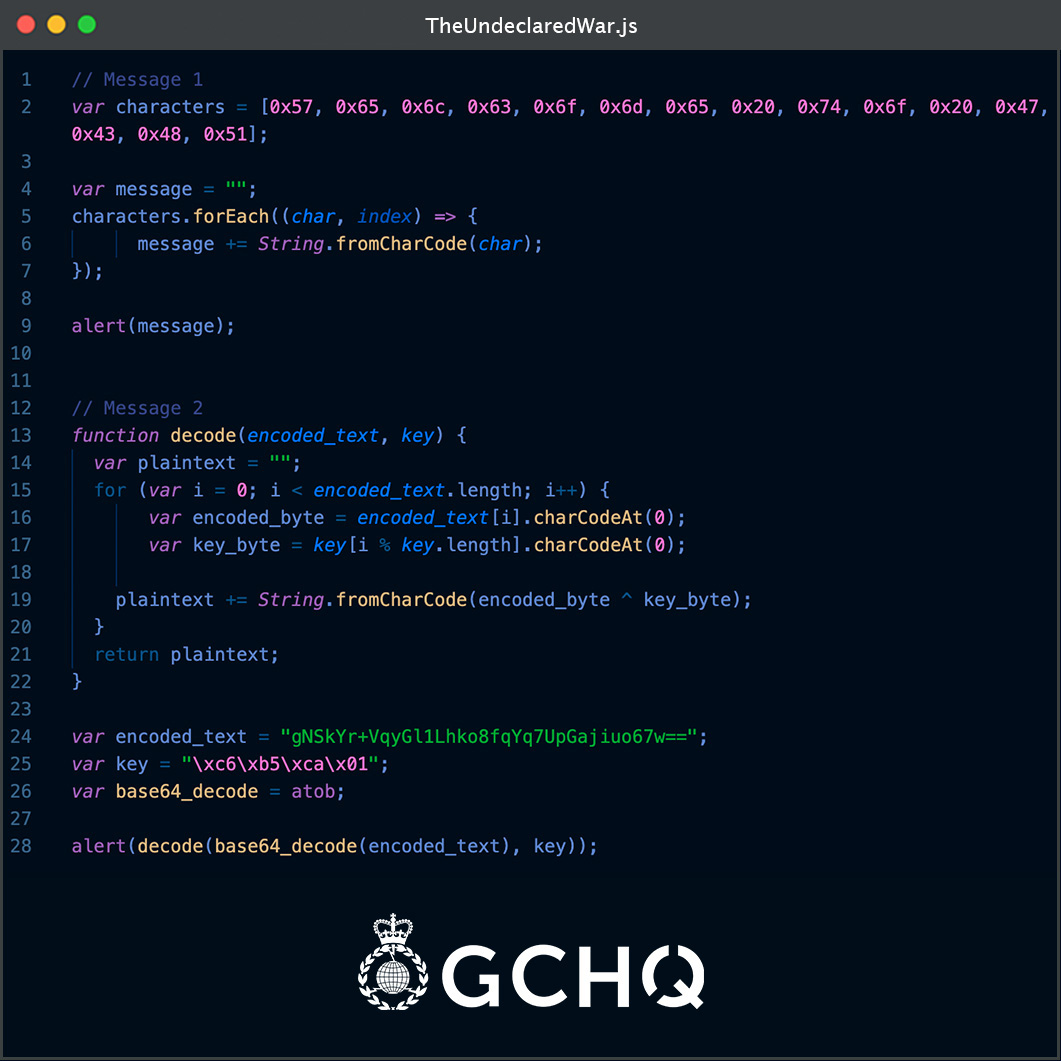 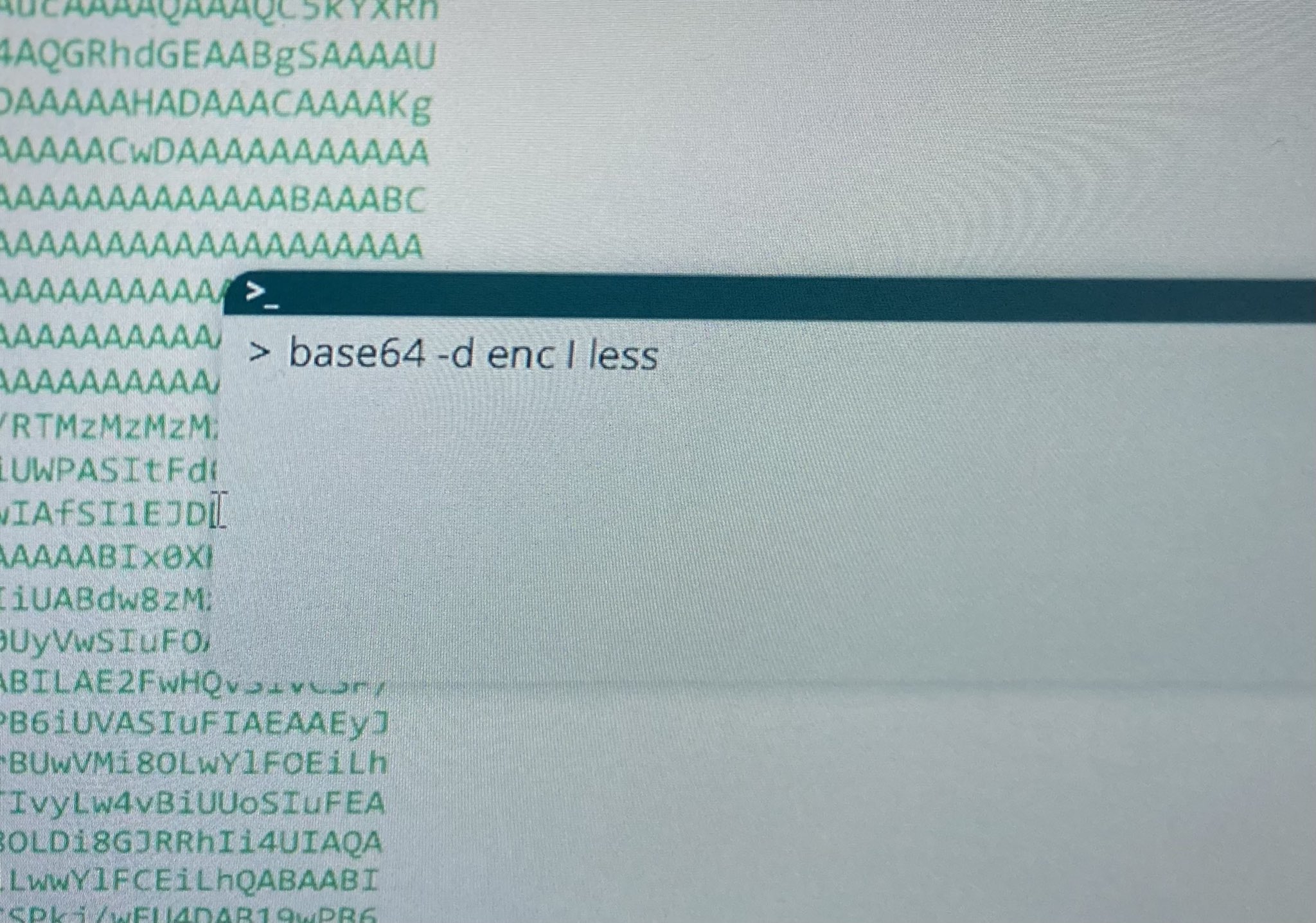 Read about Kullback on Wikipedia.

The oral history is on the NSA website over here.

Loads of cryptanalysis anecdotes therein (if you’re into that kinda thing), e.g., (p. 119):

There used to be coke machines, the Army version of the coke machines, I guess. You put in a nickel and a cup would come and you would get a coke. Well, it wasn’t long before the people discovered that the machine, when you dropped a coin in, would turn on. But if you pull the plug out, the mechanism which turned it off failed to operate. So people would go in there and put in their nickel and get a cup, pull the plug out and everybody in the wing would go get their cup of coke. So after a while, the vendor who filled these machines sort of looked at it and began to complain to General Corderman about the fact that here is a machine at the end of a day, all of the cokes and so on were used up and gone but he only finds a couple of nickels in it. “What gives?” I guess eventually Corderman checked and found out about the fact that people had found out that if you pull the plug once the machine got started then the mechanism which shut it off would fail. So he sent out a very cute notice to everybody in the Arlington Hall Station. It said, “Now that we have solved the machine and have enjoyed some of the fruits of that solution, I think we ought to provide the vendor with a nickel for each cup of coca cola.”