Breznau, et al. (2022) asked a group of 161 researchers in 73 teams to analyse the same dataset and test the same hypothesis: greater immigration reduces public support for the welfare state. As we now expect in this genre of the literature, results varied. See the study’s figure below: 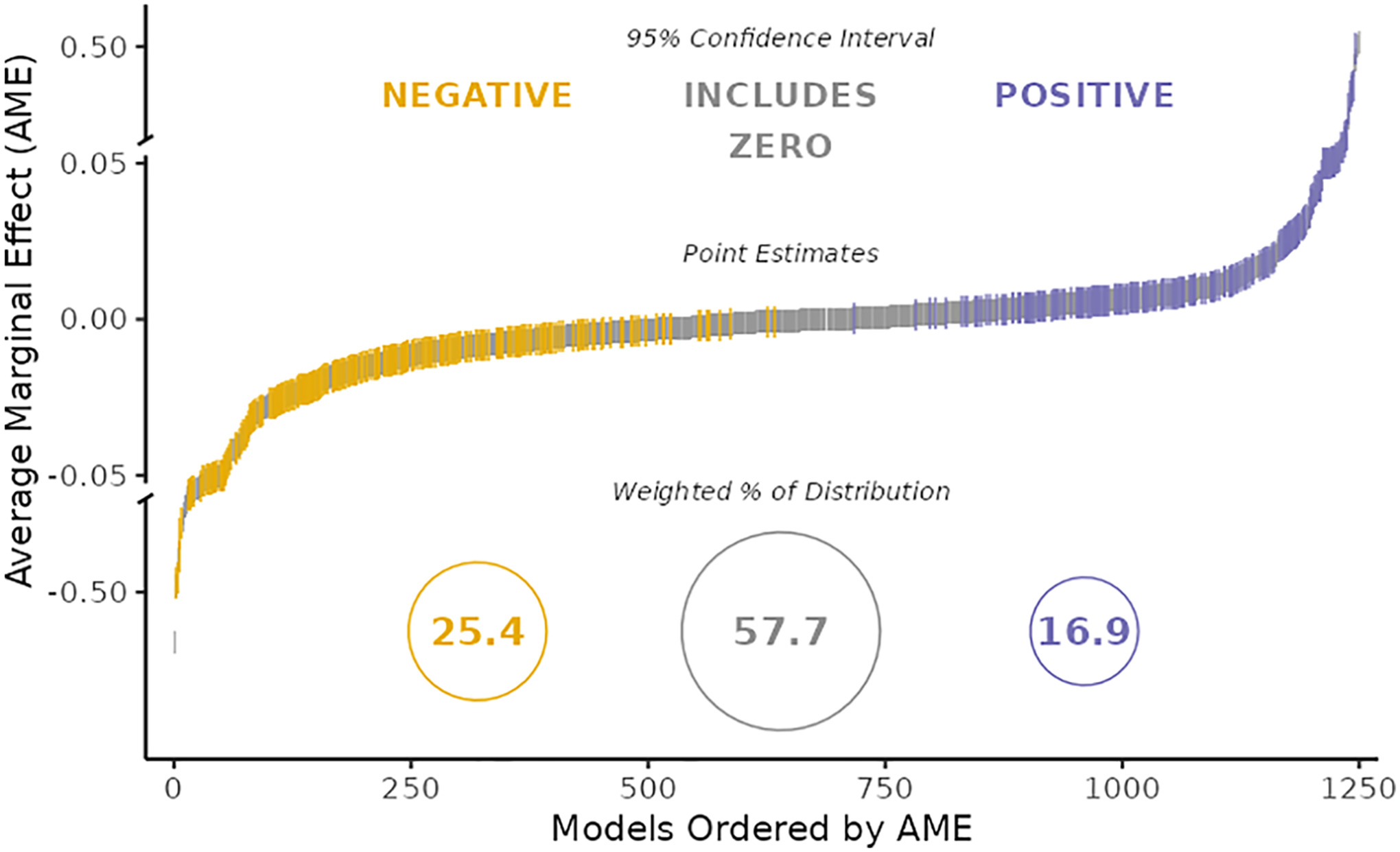 Social scientists are well-versed in the replication crisis and, e.g., the importance of preregistering analyses and not relying too heavily on the findings from any one study.

Mathur et al. (2022) offer a glimmer of hope, though. The variation looks fairly wild when focussing on whether a hypothesis test was statistically significant or not. However, 90% of analyses found that a one-unit increase in immigration was associated with an increase or decrease in public support of less than 4% of a standard deviation – tiny effects!

I also find hope in all the meta-analyses transparently showing biases. It seems that quantitative social science is the most unreliable and difficult to replicate form of social science, except for all the others.