Followed the instructions to download and install Jupyter using pip. 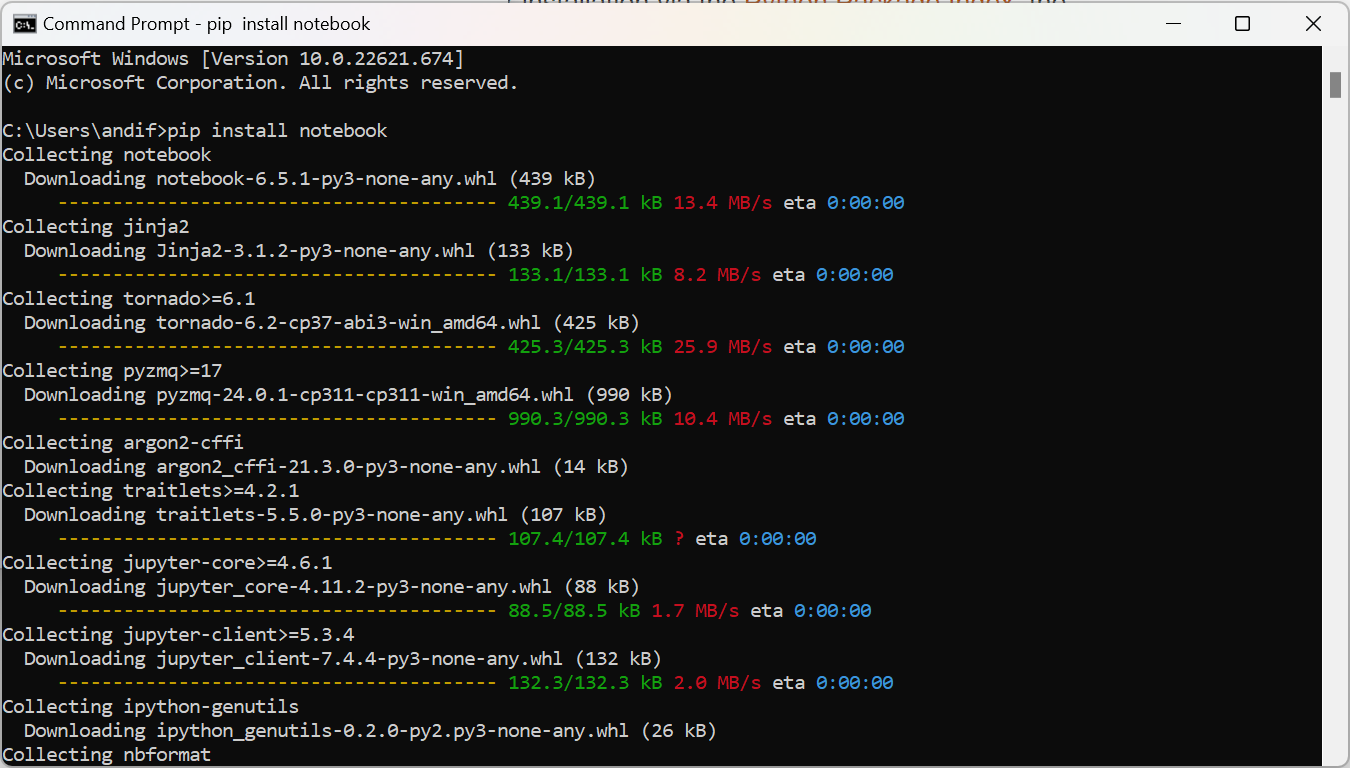 This complained that I didn’t have rust installed.

At this point, I vaguely remembered reading about a neatly packaged distribution of Python that already had everything installed (Anaconda). But I ploughed on anyway and ventured here. 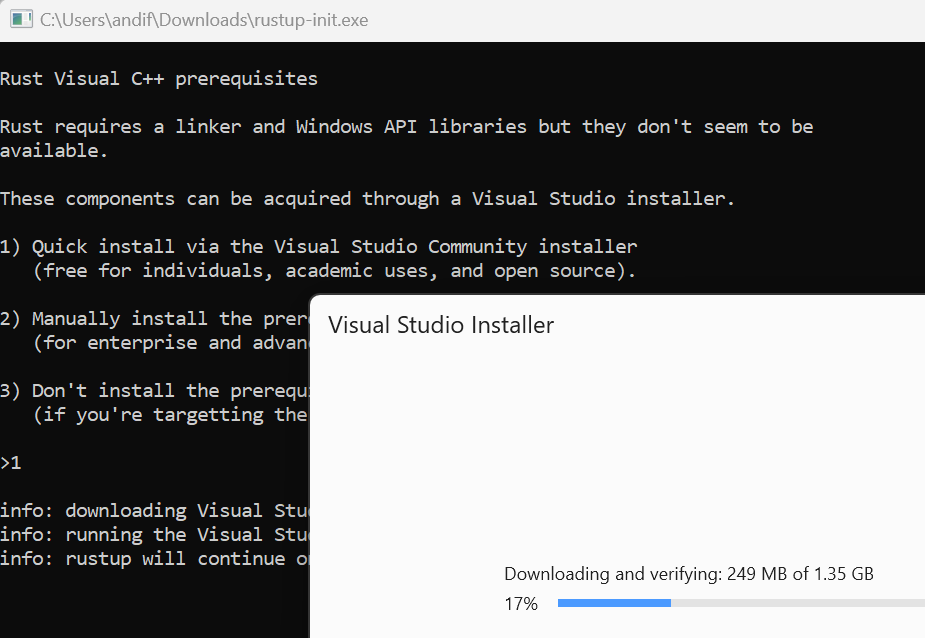 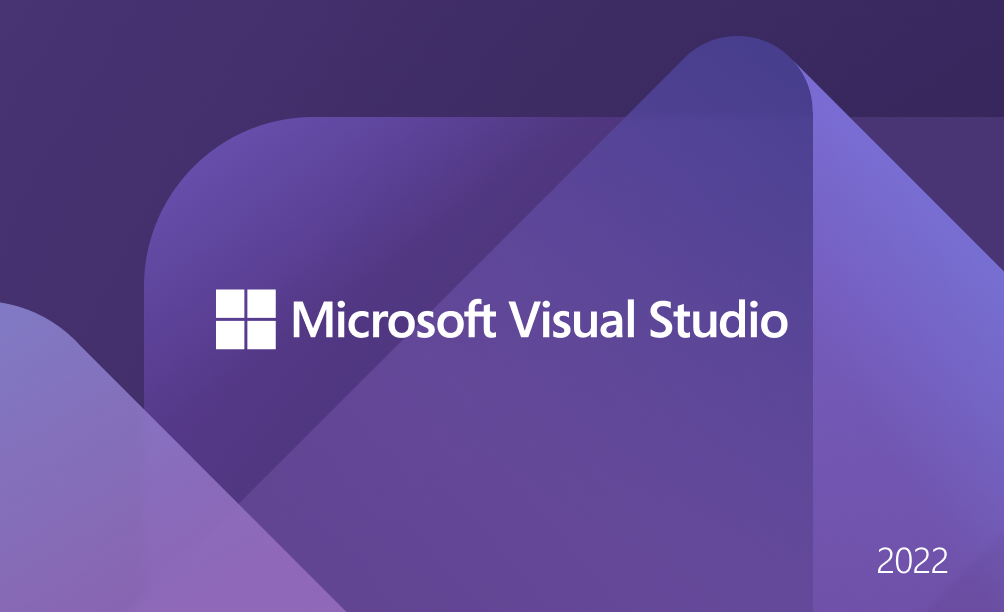 Rust installed and advised me to restart my command prompt, which I ignored – unwisely, because pip couldn’t see rust. So next I did indeed restart the prompt and got it going again: 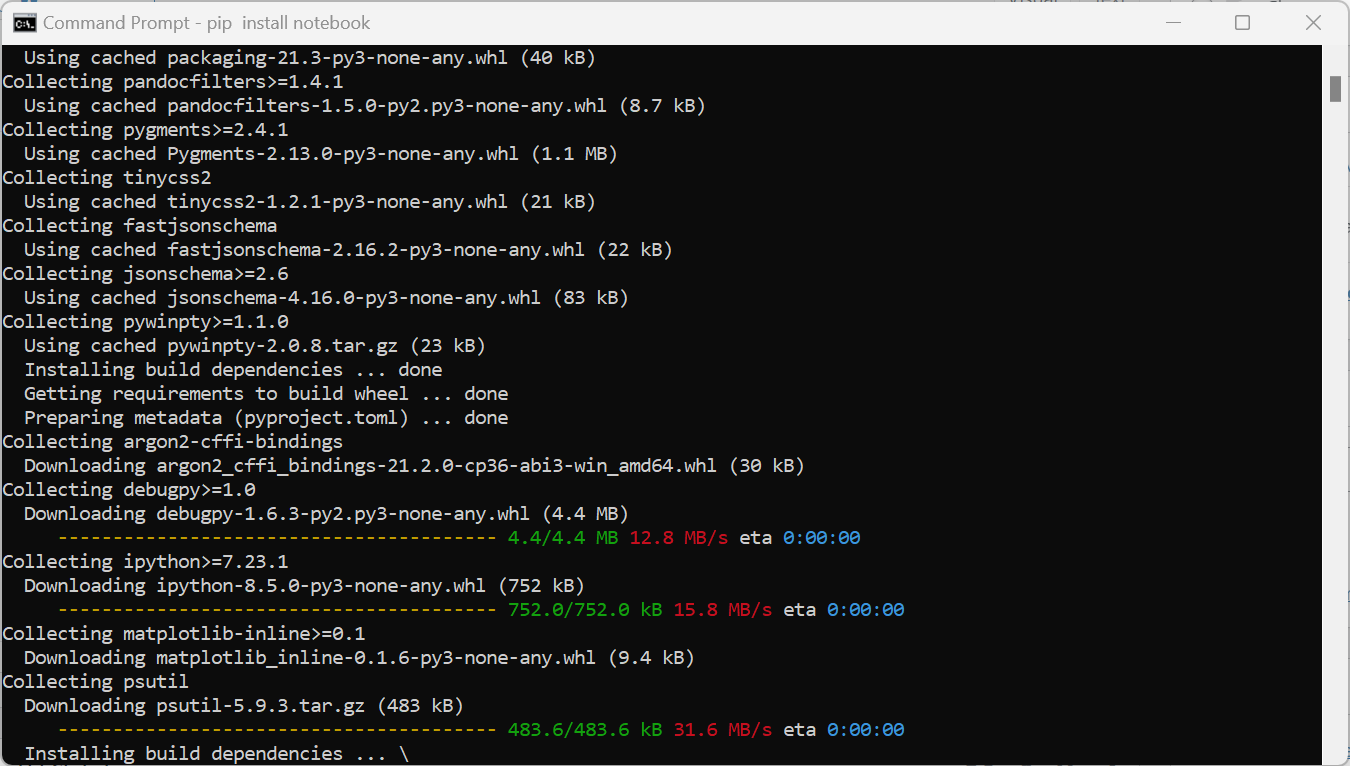 and it started! Behold, a Python program:

Next – install Qiskit. I tried:

It got stuck trying to install tweedledum: 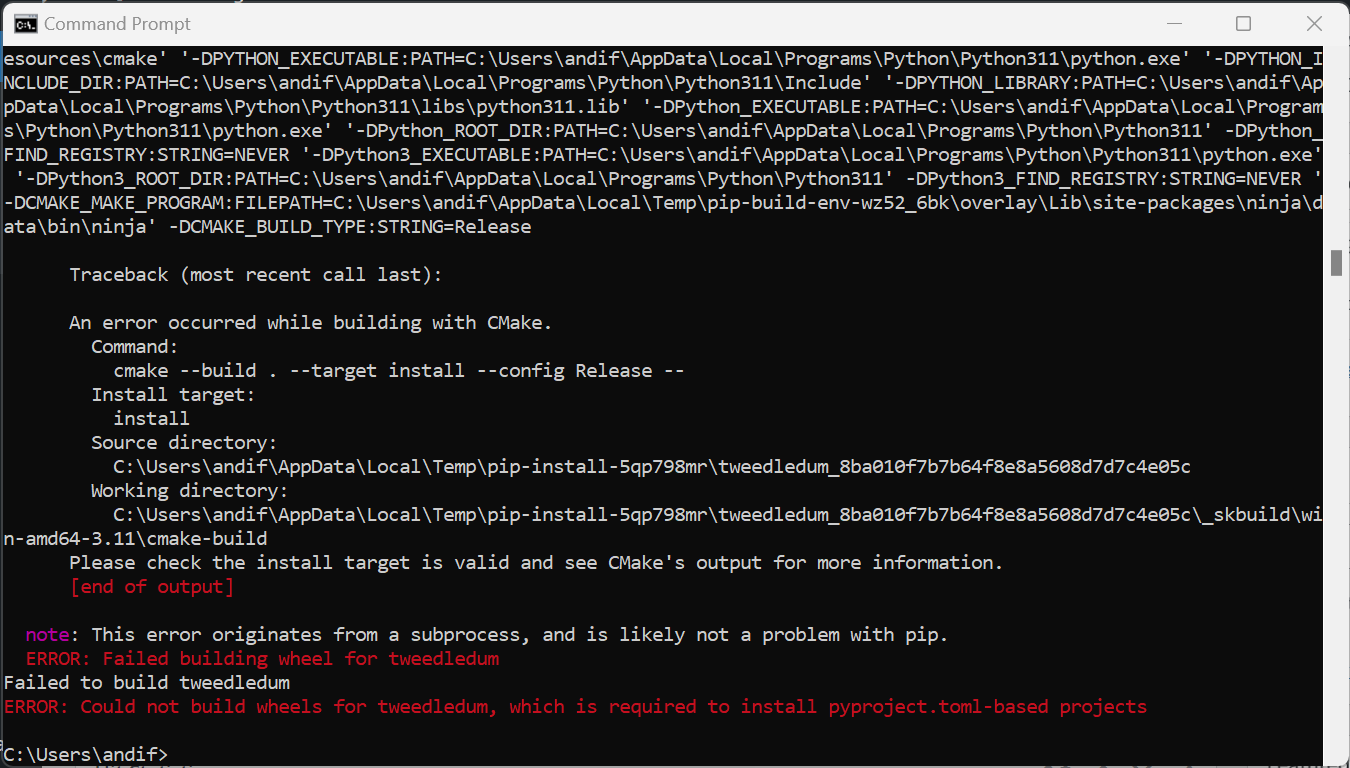 After googling the error and a few failed attempts to get around it, I gave up. I think I’m going to try Anaconda. (Spoiler – this did work!)

Installing Qiskit again (worked) – do do this

First I uninstalled everything above, and downloaded and installed Anaconda. Note: it is a BIG file. It took a while to install. 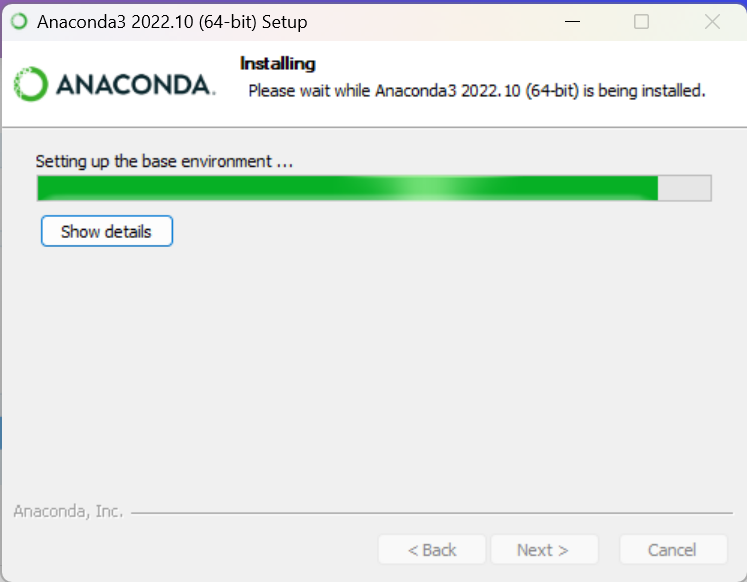 Okay, that seemed to work and already came with Jupyter (and added it to the start menu).

Next: Qiskit. Note, I’m using the Anaconda Prompt since it advised me not to add pip, etc., to the system path that the general Command Prompt uses. 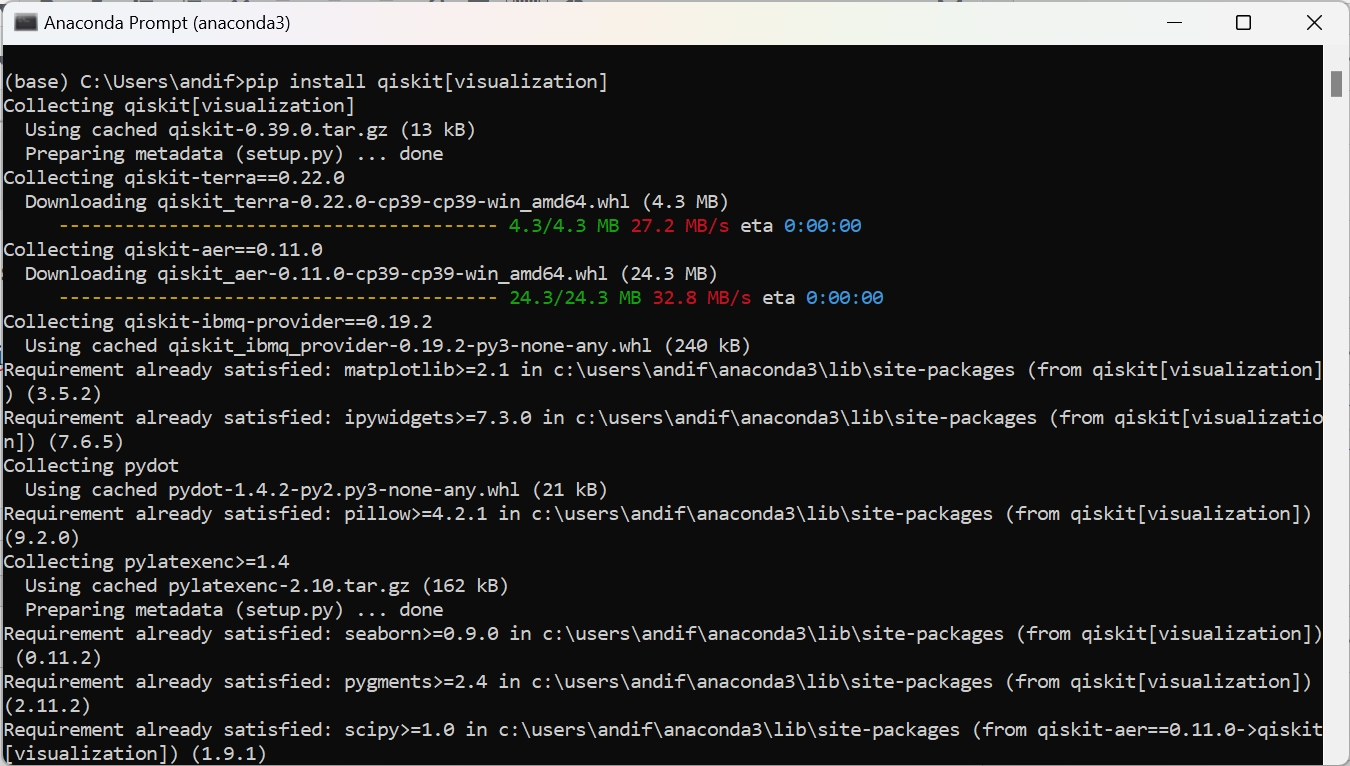 That seems to have worked.

Next up, try running a simple circuit. I followed the example (using a simulator) over here. 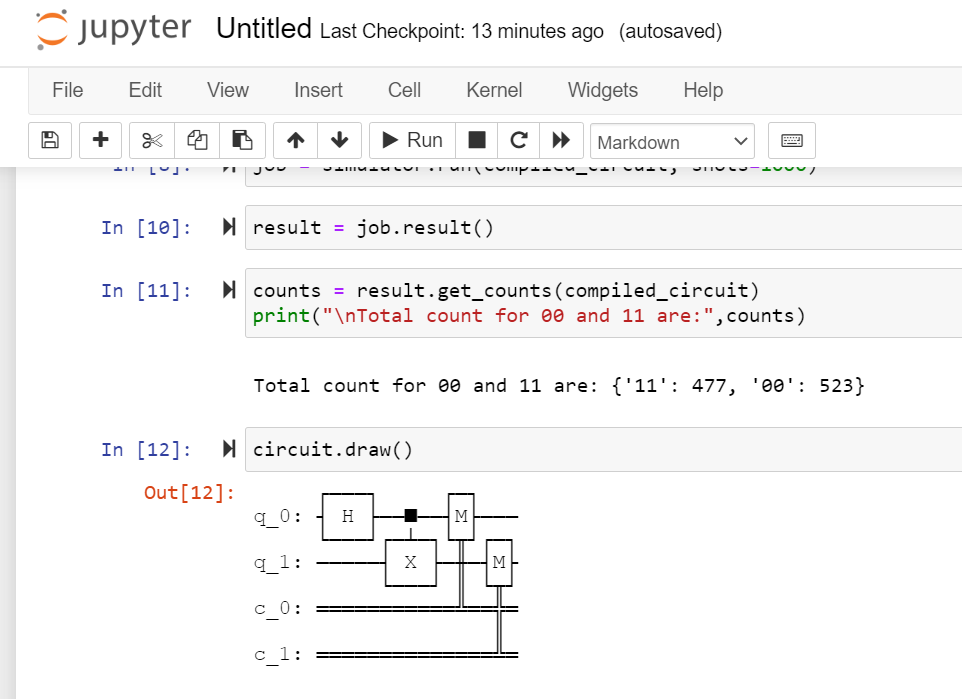 That definitely worked! Jupyter is fairly intuitive as an RStudio user.

I also installed the qiskit_textbook package:

This has a neat Bloch sphere function:

How about running on an actual quantum computer…

Read on to find out how I got on. (I used RStudio in the end!)