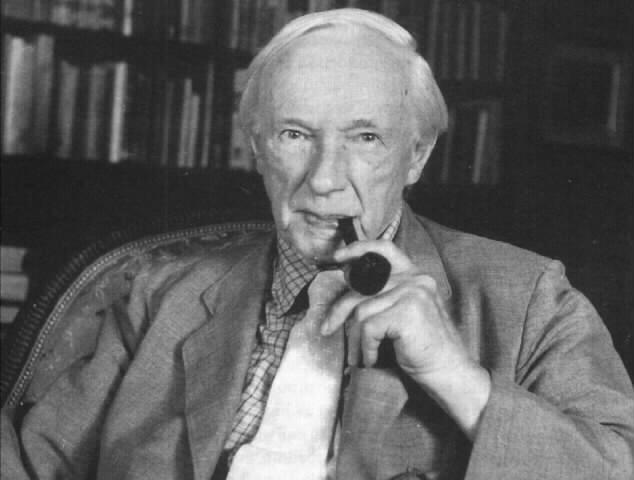 “The address that Moore delivered to the British Academy, entitled ‘Proof of an External World,’ caused him a great deal of torment in its preparation. He worked hard at it, but the concluding portion displeased him, and he could not get it right as the time approached for his appearance before the Academy. On the day of the lecture he was still distressed about the ending of the paper. As he was about to leave the house to take the train to London, Mrs. Moore said, in order to comfort him, ‘Cheer up! I’m sure they will like it.’ To which Moore made this emphatic reply: ‘If they do, they’ll be wrong!’” [Source]