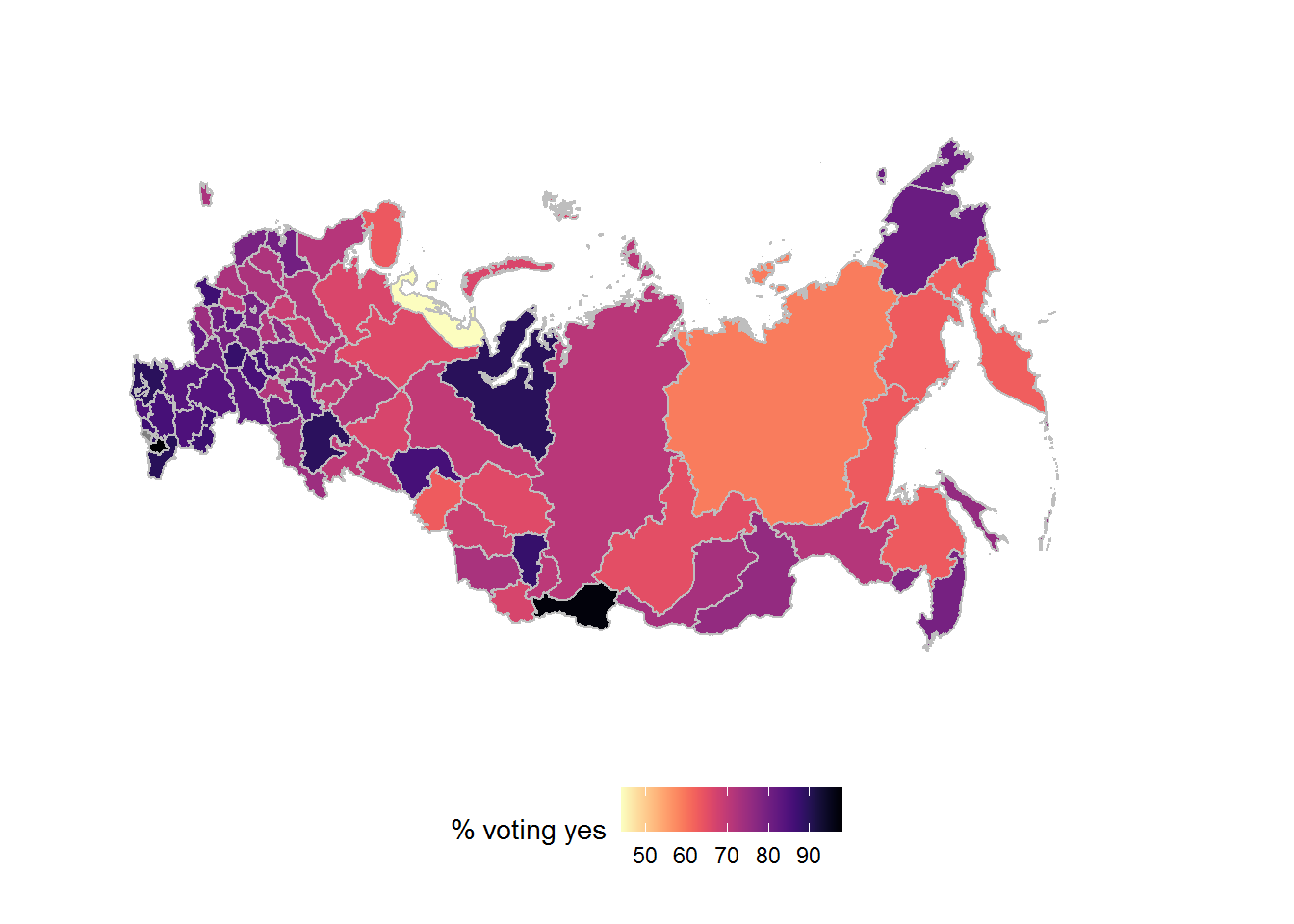 Choropleth maps use shading to represent quantities and are common in the press. I gave them a go in R, using the rvest package to scrape the results of the 2020 Russian constitutional referendum and the raster package piped through tidyverse tools to map them.

The code is on my GitHub repo.

Some of the fun I encountered along the way (details in the repo):